Cops and Criminals — we all played it as kids on the playground. Chasing each other under the slide, into "hideouts" and across the monkey bars. Now, get ready for an all-new way to play your favorite pastime. WithBattlefield Hardline, you'll be able to live out your cops and criminals fantasy in stunning, modern and highly destructible environments with an array of weapons and equipment. Hunt down bad guys, save hostages, raid bank vaults and more in epic multiplayer gameplay. Set out on a cross-country adventure to track down those you once trusted in the thrilling single-player storyline. Are you ready to jump into an all-new, action-packed blockbuster?

Dive into an all-new dramatic story that blends the thrilling multiplayer combat you know and love with a brutal, engaging single-player campaign in Battlefield Hardline. Brought to you from the studio that created Dead Space, Battlefield Hardline's innovative and dramatic single-player storyline plunges you into the role of Nick Mendoza, a young detective who is determined to exact revenge against once-trusted partners on the force. Then, engage in intense multiplayer action for up to 24 players that features the strategic team play, variety and immersion of Battlefield, set in an all-new playground with cops-and-criminals-inspired gameplay — hunt criminals, save hostages, raid vaults and more. Explore stunning environments, and watch your surroundings deteriorate around you as the battle intensifies — blow open a gleaming bank vault, blast apart a Los Angeles car dealership and shoot out the inside of an underground lab. Prepare for battle and equip yourself with a vast arsenal of military-grade weapons and fictional gear, such as sawed-off shotguns, stun guns, zip lines and grappling hooks. Fly in to back up your crew, take out enemies and blow past cops on a motorcycle with fast, fresh and intense vehicular gameplay. Upgrade your arsenal with the Versatility Battlepack, Precision Battlepack and Suppression Battlepack included in this Deluxe Edition, each with one-of-a-kind assault rifles, weapon camos and XP boosts. Arm yourself for battle with ten Gold Battlepacks that are delivered weekly to outfit you with a variety of weapon accessories, patches and emblems, XP boosts and character customization items. Are you ready for an all-new Battlefield experience?

Also includes ten Gold Battlepacks that contain a combination of weapon accessories, patches and emblems, XP boosts and character customization items, which will be delivered once a week starting from game activation

Get ready for an action-packed blockbuster that combines an emotionally charged single-player campaign and adrenaline-pumping multiplayer gameplay, so you can live out your cop-and-criminal fantasy in an all-new playground

Become the badge in a brutal single-player campaign as Nick Mendoza, a young detective who sets off on a cross-country trek seeking revenge against once-trusted allies on the police force

Immerse yourself in the deep and engaging storyline that is presented in the style of a modern TV crime drama, brought to you from the award-winning studio that created Dead Space

Hunt criminals, raid vaults, save hostages and more in the new cop-and-criminal-inspired multiplayer modes, such as Heist and Rescue, which feature the strategic team play, variety and immersion of Battlefield

Explore a wide array of modern, stylish and highly destructible urban environments — blast open a gleaming bank vault, blow up a Los Angeles car dealership, engage in a shoot-out inside a subterranean grow-lab and more

Lock and load for battle with a full arsenal of military-grade weapons and fictionally inspired gadgets, like sawed-off shotguns, stun guns, zip lines and grappling hooks

Grip the wheel or handlebars for fast, fresh and intense vehicular gameplay — soar across the map to reinforce your crew, run over enemies and turn them into roadkill or zoom past cops on a loot-laden motorcycle

For 1 player offline; for up to 24 players online 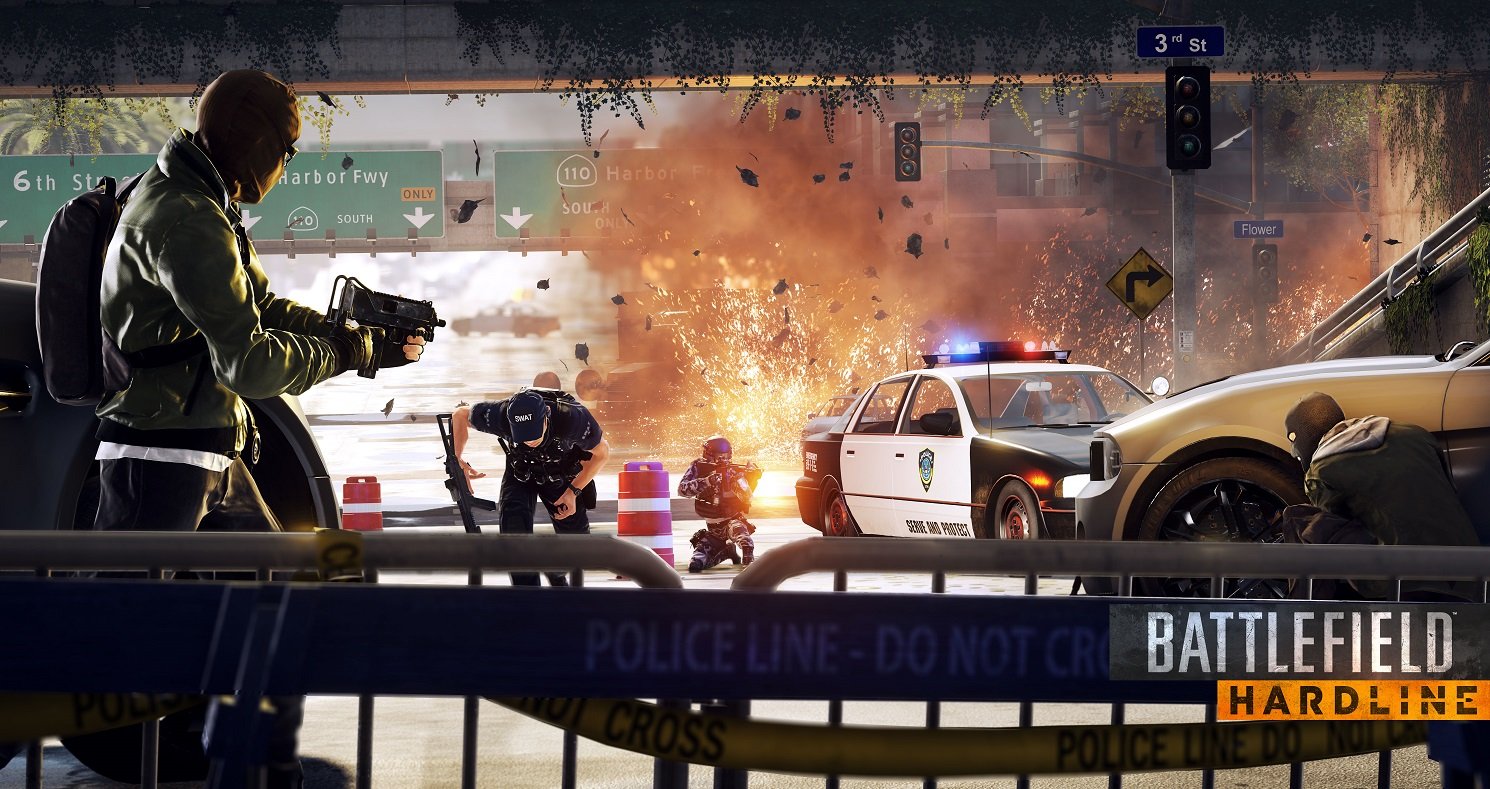 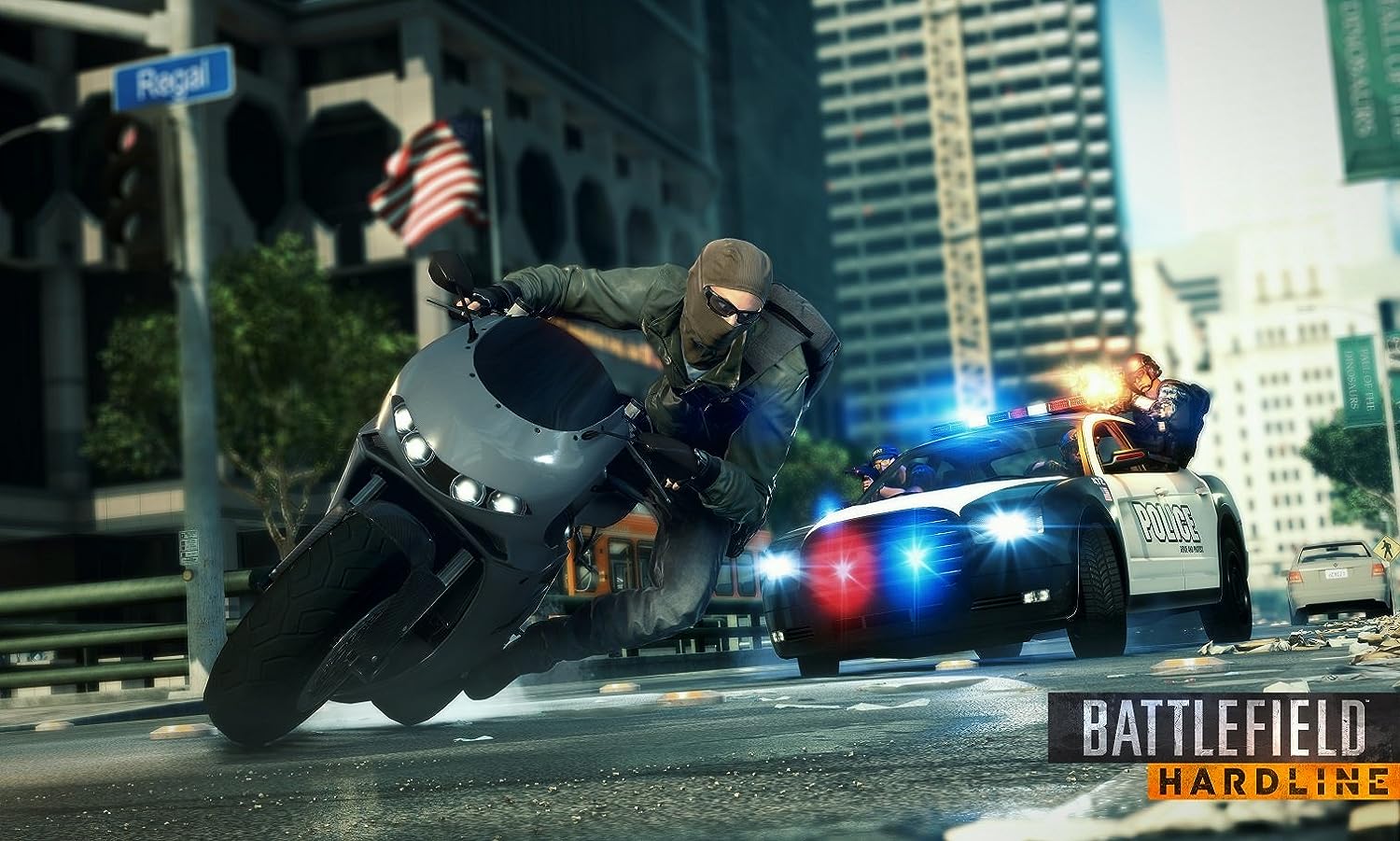 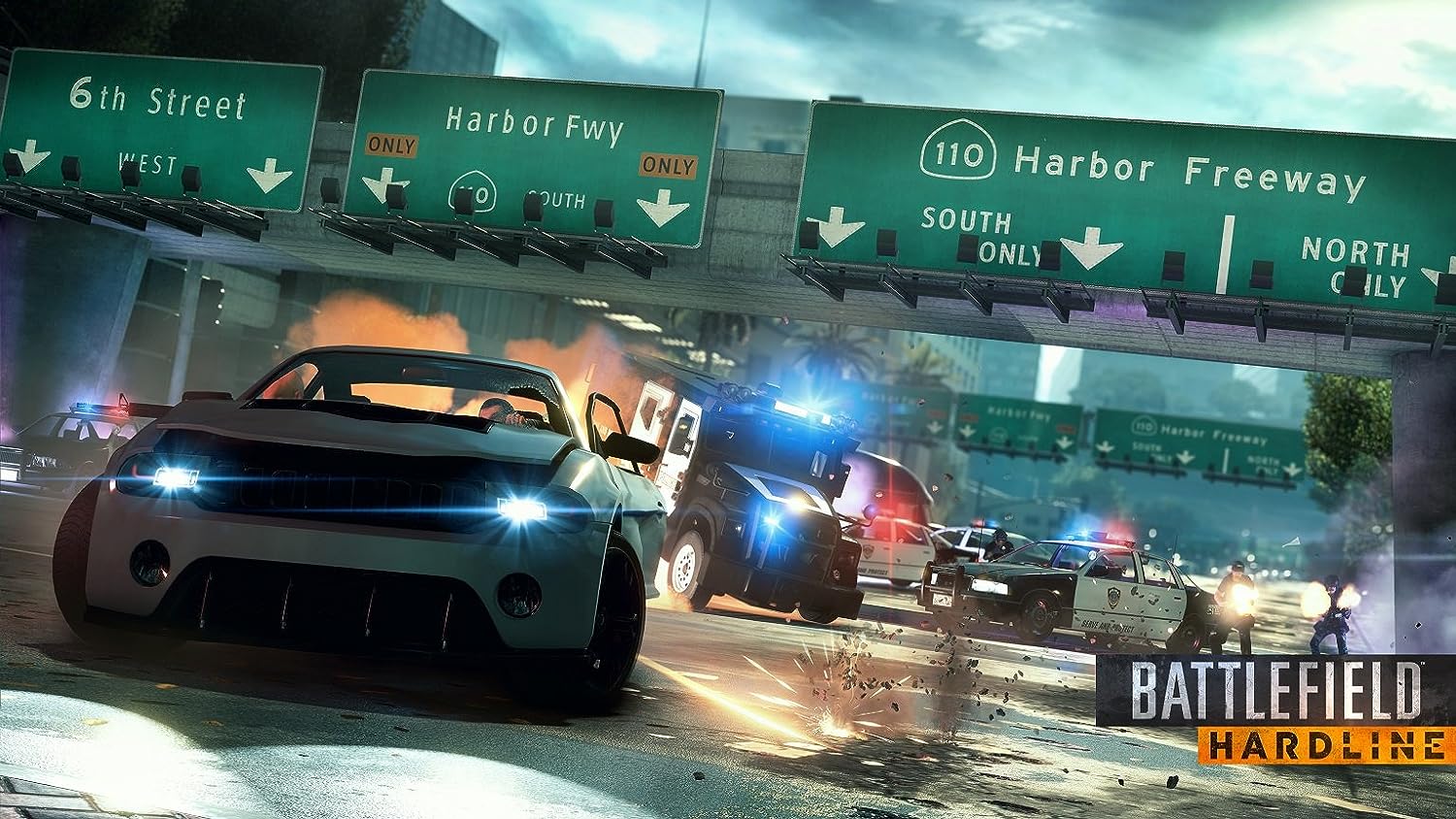 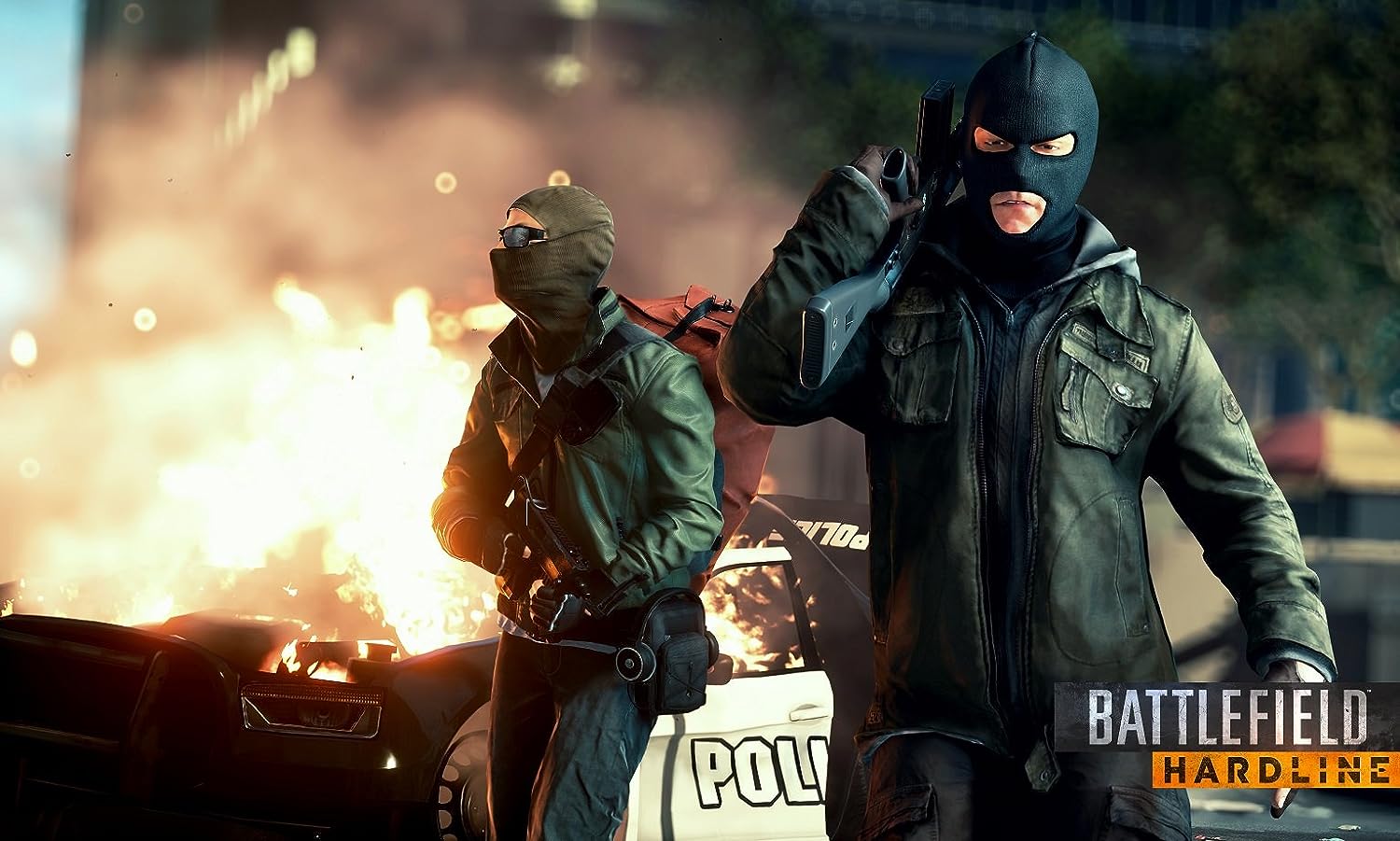 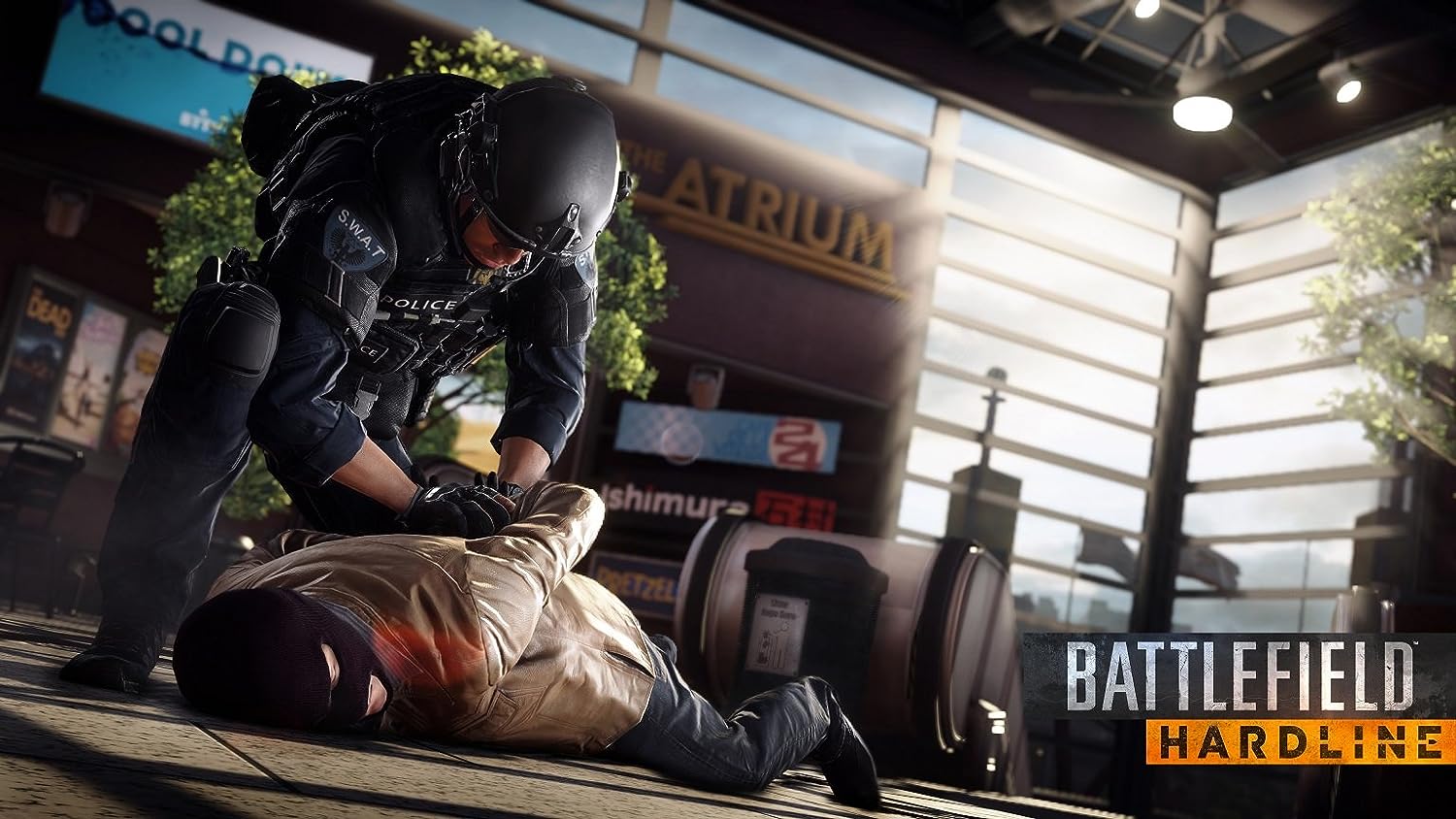